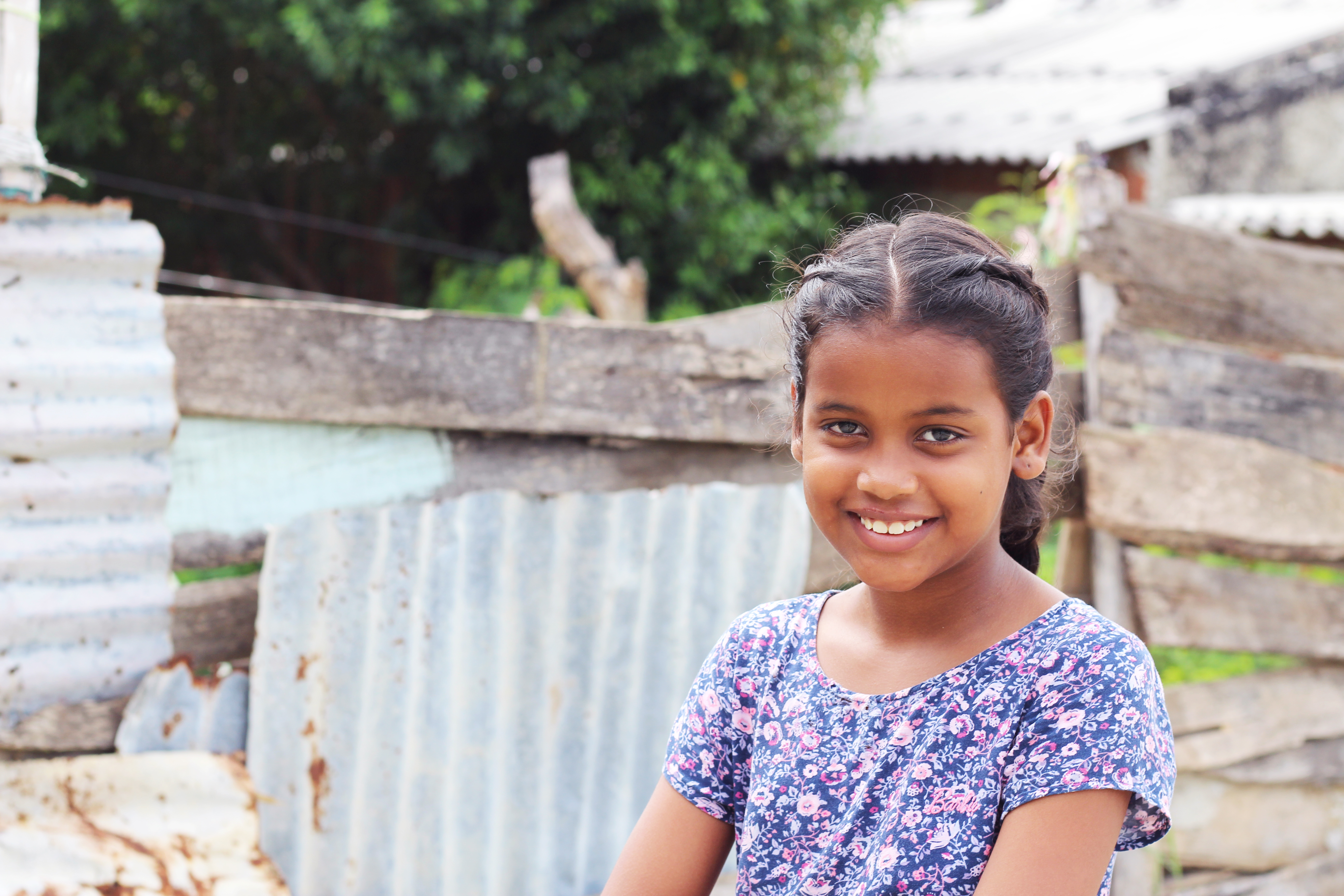 “I had no desire to play, no desire to eat,” 9-year-old Yarisol remembers. “My mind wouldn’t work well at school.”

Children International staff at her community center in Colombia quickly pinpointed the problem. Yarisol’s grandmother, Simona, was stunned to learn that Yarisol was underweight and required immediate intervention.

Simona had reason to be concerned. Seriously malnourished children may never achieve a normal height and weight and their brains may never develop to full cognitive potential, drastically limiting their future opportunities. Early intervention — while a child is only moderately malnourished, like Yarisol — is key to stopping the cycle.

When children like Yarisol become malnourished, it often doesn’t result from a lack of food; it can develop from a lack of healthy food. Poor families usually buy their food from street vendors rather than grocery stores, so they have access to fewer nutritious options. In addition, cheap, empty-calorie snacks are plentiful on street corners in impoverished communities and offer a quick fix for hunger — but don’t address a child’s core nutritional needs.

Parents often prioritize the short-term necessity of filling their children’s bellies without understanding the long-term effects of poor nutrition. The “right” foods are not always easy to find, because disadvantaged neighborhoods, particularly urban ones, often suffer from food insecurity — a lack of places to buy healthy, affordable foods. Families working long hours outside the home resort to convenient sugary, salty processed foods because they don’t have time to prepare meals. Over time, children become malnourished because their bodies aren’t receiving the essential nutrients they need to develop properly.

Yarisol was promptly enrolled in Children International’s nutrition rehabilitation program, which targets children who are moderately or severely undernourished. The program, which enables rapid improvements in health and nutritional status, enrolls children for a minimum of two months or until they have regained a normal weight.

Once identified, malnourished children take part in feeding sessions where they receive meals or nutritional supplements to build up their weight. These sessions typically take place in Children International community centers, which usually have dedicated kitchens and dining areas for this purpose. The food provided varies based on the children’s needs and the most plentiful food sources in the area.

In Colombia, children are given nutrient-rich drinks. In Zambia, children receive meals made with kapenta, a widely available fish, prepared along with soybeans and nshima, a type of cornmeal.

In India, a pilot program is testing the use of ready-to-use therapeutic foods (RUTF), which the World Health Organization says, “has revolutionized the treatment of severe malnutrition.” The portability and ease of preparation of Nutramix, a wheat-based powder, make it a better choice for children who live further from the community center.

Like most malnourished sponsored children, Yarisol’s condition was discovered at a regular medical checkup, where all children are evaluated for signs of malnourishment and other illnesses that can stem from being underweight.