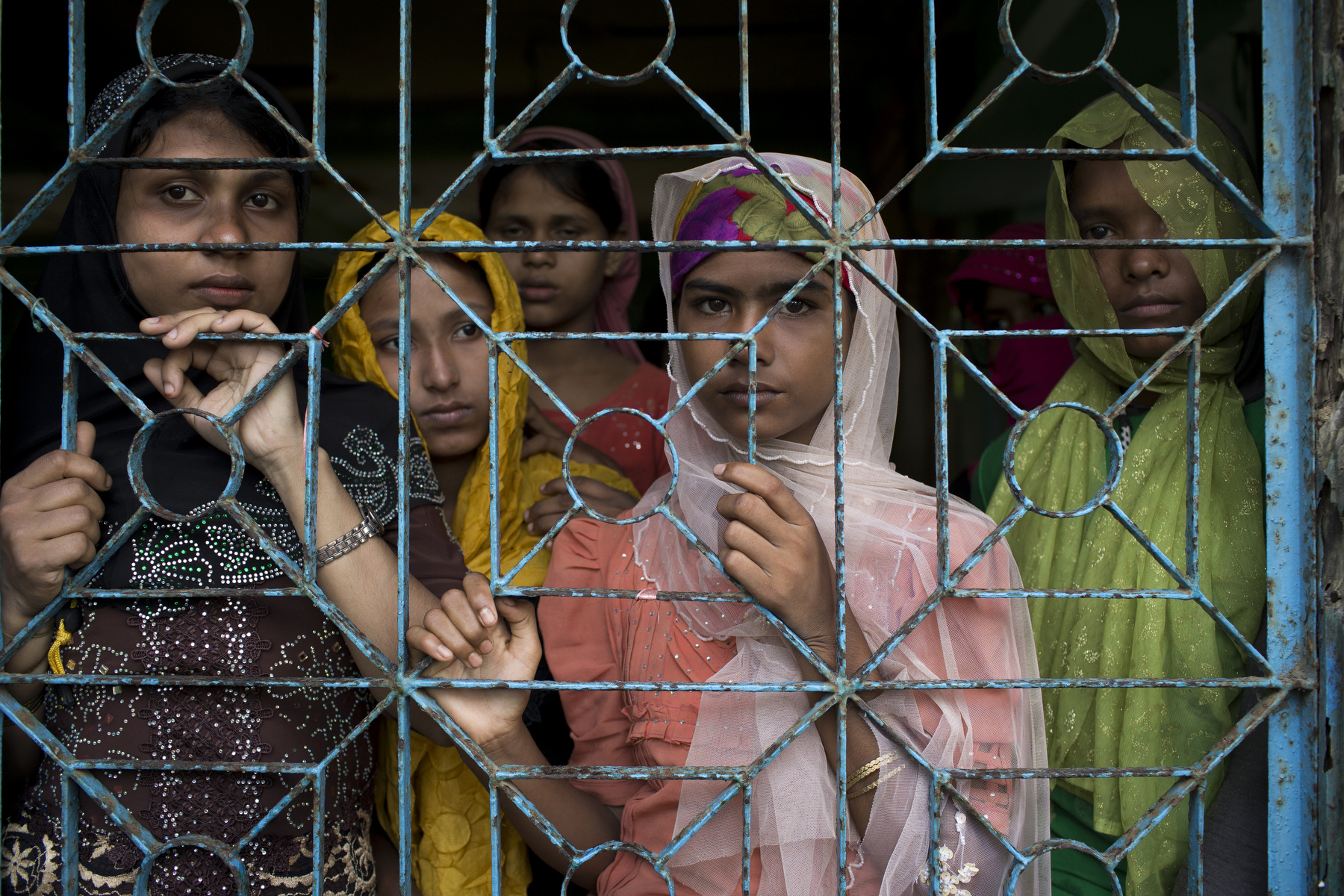 Mohamed Tua Sin, 15, was in class 9 in Myanmar when he was forced to flee to Bangladesh in late August 2017. Attacks by the Myanmar military forced 740,000 ethnic Rohingya, like Mohamed Tua Sin, to flee their communities in northern Rakhine State and cross the Naf River into Bangladesh. The campaign of ethnic cleansing included countless apparent crimes against humanity. A United Nations-backed fact-finding mission found that Myanmar’s top generals should be investigated and prosecuted for genocide.

In response to the flight of Rohingya refugees, Bangladesh opened its borders and has been providing them with refuge from grave abuses since August 2017. It already provides refuge to roughly 300,000 Rohingya refugees who have fled previous waves of persecution in Myanmar. The Bangladesh government has made clear that the Rohingya will not be able to remain in the country. To that end it is deliberately preventing them from integrating into the local Bangladeshi society. In furtherance of this policy, the government is violating the right to education of nearly 400,000 school-age Rohingya children.

Mohamed Tua Sin, for instance, studies with a private tutor five days a week simply to keep abreast of a formal education curriculum. “If anyone goes back to Myanmar then if we had certificates we could go to university there. That’s my first choice. If not, then to university in Bangladesh or another foreign country,” he said. His fellow student, Mohamad Sufire, 14, said he was in class 8 when he fled from Myanmar, and now studies with a tutor. Asked by a Human Rights Watch researcher if he could read and write in English, Sufire wrote (in English): “We need education because education can change our life.”

The government, however, requires Rohingya refugees to live in camps, and bars Rohingya children from enrolling in schools in local communities outside the camps or taking national school examinations. Inside the camps, not only does the government not provide any education, it is also barring UN humanitarian agencies and NGOs, funded by international donors, from providing Rohingya children with any formal, accredited education. It prohibits teaching Rohingya children Bangla, Bangladesh’s national language. It bans using the Bangladeshi curriculum on the assumption that the children will be repatriated within two years. Meanwhile, humanitarian and camp authorities say that Myanmar has not agreed to recognize its school curriculum if used in the camps. In effect, for Rohingya refugee children in Bangladesh, who have already lost more than two years of schooling, there is no prospect of formal, recognized, quality education.

However, there has been progress. Bangladesh has now allowed 10,000 ethnic Rohingya refugee children to get a formal school curriculum for the first time after the government approved a “pilot” education program. It’s a step in the right direction, but also an urgent reminder of how far there is to go until all refugee children can get a real education. There are nearly 400,000 school-age Rohingya children in Bangladesh’s refugee camps. Most fled the Myanmar military’s brutal campaign of ethnic cleansing launched in August 2017. After more than two years in exile, the children will finally be taught a version of the Myanmar curriculum under the auspices of humanitarian agencies in the refugee camps.

The pilot will use the unofficial schools set up by Rohingya refugee teachers in the camps, which until now have been ignored. These schools already teach the Myanmar curriculum to about 10,000 children, but because the Bangladeshi government had not approved it, donors and humanitarian agencies had not previously helped the unofficial schools and some closed due to lack of support. Others were shuttered on the orders of Bangladeshi camp officials.

Education for Rohingya still needs to be dramatically scaled-up and accredited. The pilot will only reach 1 in every 40 Rohingya children by the end of 2020. It will also stop at class 9, while secondary education in Myanmar continues to class 12.

Education can be lifesaving. Children denied education are more vulnerable to trafficking and exploitation, and girls are at increased risk of child marriage and sexual violence.

Rohingya refugees have been clear that they want to return home, in safety and dignity, and that their children need an education to help them lead fulfilling, successful lives. Bangladesh’s pilot is a good first step, but all Rohingya children are entitled to a quality education. They cannot afford to wait.