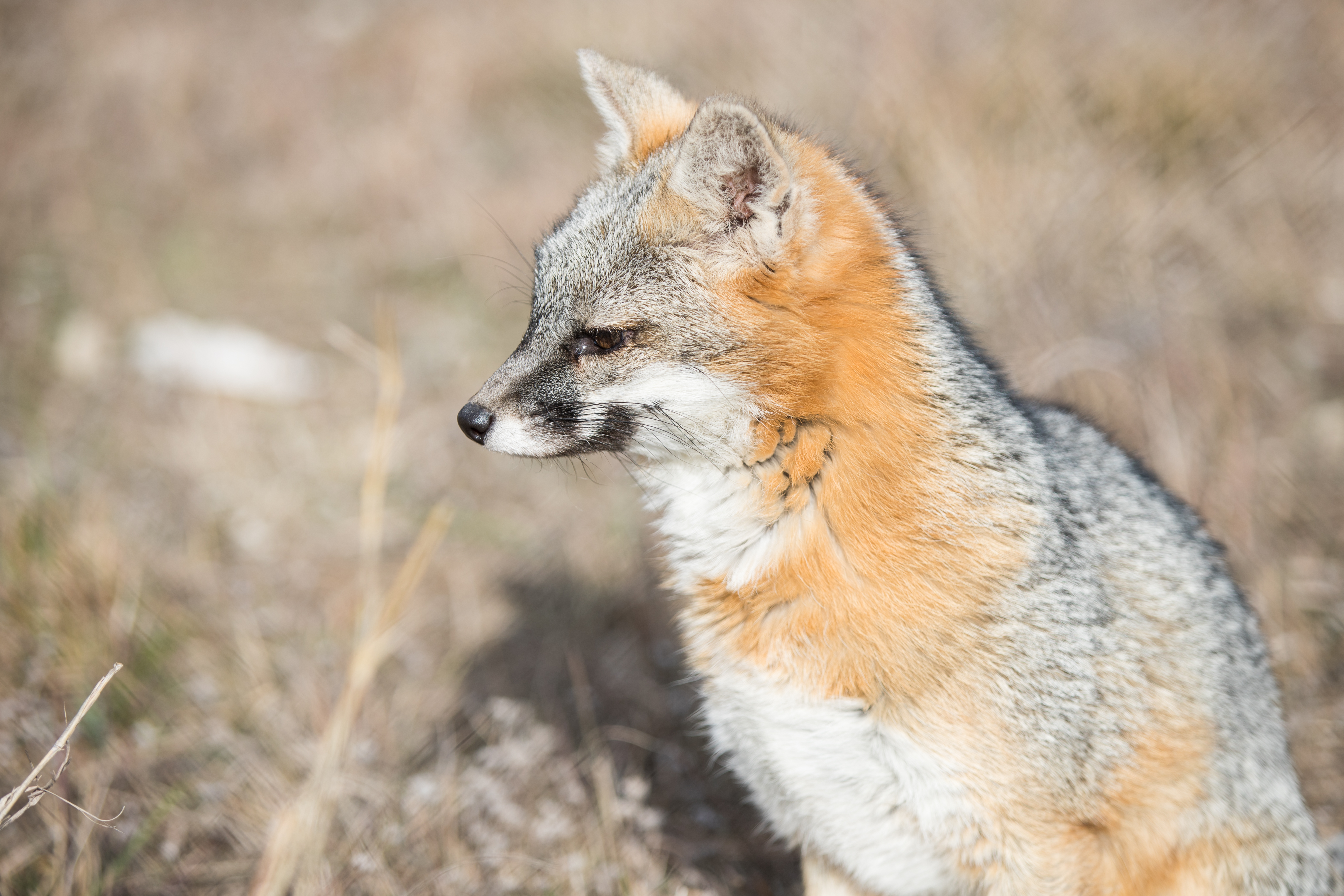 Years ago Wildlife Rescue was asked to rescue an injured red fox who had been shot and severely wounded. She had made her way onto a ranch with landowners who were animal lovers. They put food out and were hoping she would mend but as the days passed, they could see she needed more help.

When I arrived at the property I was hoping to get a glimpse of her so I would know what I was up against. My wish was granted. Out of the cedar limped a bloody, red fox. I could not imagine how she was holding on to life. Apparently she had been shot several times. I could see bloody flesh and patches of exposed muscle and tendons. Infection must have set in. I hated the thought of putting her through more stress, but I could not help her if she remained free.

As I approached the weary, wounded red fox, she gave up before my eyes. I was relieved that this was not spring, when I would have been concerned about leaving her babies behind. But I was soon to learn we were leaving someone behind.

As I took her away, out of the underbrush, crept another red fox. I knew this was her devoted mate. As I walked towards the car, the male lurked only yards behind. I could only hope that, if she survived, he would wait for her. As I drove away, I could see him in my rearview mirror, his keen eyes watching my car disappear down the dirt road. Little by little, he vanished in a cloud of dust.

The next several weeks were painful and terrifying for the fox. She was given intravenous fluid therapy. Her wounds had to be flushed and cleaned daily. Her fur had dried and fallen out and her body was left naked and raw. She would often slip into a deep sleep and I would be certain she had died. Her fever would rage out of control, and then her temperature would plummet. She seemed to be drifting in and out of death.

Weeks passed as the remarkable, fragile female refused to give up her fight. Finally, on a clear morning in February, the tenacious fox lifted her head. She slowly rose and, trembling, lapped some cool water from her bowl. By noon the next day, she was able to eat a few small pieces of meat. Finally, she was on her way back to her life. Months later, on the first day of spring I decided that the fox who had come so close to death was ready to be set free.

Her once beautiful coat now showed patches of dark, coarse fur but her spirit was as vital as ever. This now energetic animal was pacing in her cage, eager to get back to the business of living.

As I arrived at the ranch, I remembered the day I had driven down the same road, taking the fox far from her home and mate. I remembered the male watching my car and his life’s mate disappear. Months had passed, the seasons had changed, had he decided to wait for her?

Inside the crate the female was scratching at the door. Nothing else mattered to her now, she only wanted out. As she stepped from the crate, she took several graceful strides into the sunshine. She stood and shook from her slick whiskers to the tip of her bushy tail. Every muscle twitched, her fur stood out and caught the gentle movement of the wind. She sniffed the plants and rolled in the soil, her life was her own again. It was time for me to leave her.

I took one last look in the rearview mirror and screeched to a halt. There, just beyond the stand of dark green cedars, stood two red foxes. The female with her battle-scarred coat and, next to her, the male who had decided to wait for her return. He did not seem to notice her “less-than-perfect” fur. He only noticed that she had returned to him.

In a flash the two foxes disappeared into the brush, into a world that belongs to them alone. As if humans had neither harmed nor helped them. As if they had never been apart.